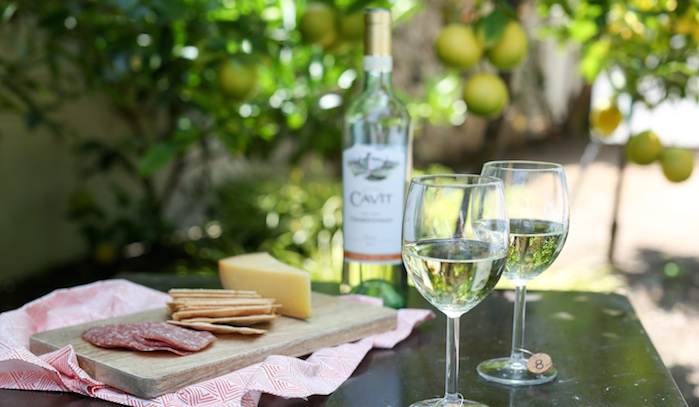 Palm Bay International has been family-run for three generations. The company began operations in 1977, after David S. Taub and his father Martin started their importing business on the foundation of two Italian brands: Cavit Collection and Principato.

Today, Cavit Pinot Grigio is the top-selling imported Italian wine in America. Palm Bay represents about 50 international suppliers in all 50 U.S. states, the Caribbean and Mexico.

Current President and CEO is David’s son Marc D. Taub. I recently caught up with Marc for a Q&A about the past, present and future of Palm Bay.

SW: What were the beginnings of Palm Bay?
MT: My family was in the distribution business 37 years ago. We had a full portfolio, mostly wine and spirits, and mostly wines from California. At that time my family felt that they needed to round out the portfolio with imports. So my dad and grandfather took a trip to Italy. The first wine they came in contact with interested them.

My dad really felt it was right for the U.S. consumer. It was light and crisp. And he could bring back great quantities to the U.S. at a good price point.

SW: What’s working now for Palm Bay?
MT: Cavit and Principato are still our best-selling wines. We launched another great brand three years ago, Roscato. That did half a million cases in sales this year. It’s the fastest-growing Italian wine on the market, and it’s the fastest-growing red sweet blend. We’re expanding our portfolio to include other sweeter-style wines.

We remain very aggressive overall, in Italy and abroad. We had a phenomenal year for Santa Rita, which is now the number-one premium wine from Chile. We just launched Yealands from New Zealand. That winery was started in 2008 and includes the largest single vineyard in New Zealand.

We introduced Jean-Luc Colombo, from Rhone Valley. That brand includes Cape Bleue Rosé. Rosé is explosive in Southern France, with lots of positive trends, particularly on the higher end. Prosecco is also absolutely on fire. We have one of the top-five prosecco brands today in Lunetta Prosecco.

SW: What is your strategy when expanding into new markets?
MT: We build our portfolio not just on brands, but on regions. As we continued to grow and added new sites, including France and South America, we looked into regions as well as countries. With wine, we’d rather have producers from different regions.

SW: Did the 2015 California drought affect your company?
MT: I don’t think it affected us at all. There’s been a lot of talk about all that. I think 2015 for vineyards was obviously tougher. But it also came on the back of bumper crops from the three prior years. Between that, and El Niño providing plenty of rain in 2016, you’re going to see a bounce back. The vineyards will catch up.

SW: What is your strategy with importing spirits?
MT: We’ve put together a really interesting portfolio from niche producers with interesting stories. We’re not looking to compete with the big mainstream producers.

For instance, one of the companies we represent is Chase Distillery, out of the United Kingdom. The owner William Chase came to the U.S., saw Cape Cod Potato Chips, realized they had nothing like them in England, and went back and made his own, very successfully. Eventually he sold that company, bought an enormous still and started distilling his potatoes. They make some liqueurs with very interesting flavors that mixologists love.

SW: What’s next for Palm Bay?
MT: We’ll continue to find incredible taste-makers from around the globe and bring them to the U.S. and expose them to consumers. We want to see our wines and spirits on every table.

Kyle Swartz is the associate editor of StateWays Magazine. Reach him at kswartz@epgmediallc.com and follow him on Twitter at @kswartzz

Our Favorite American Wines for 2021